The Night of Decree
The Era of Humanity’s Excellence 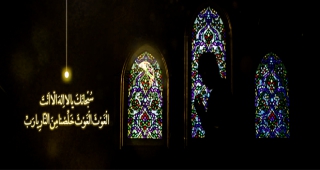 The Night of Decree

The Era of Humanity’s Excellence

The Night of Decree, the Night of Light and Mercy, the night of the revelation of Qur’an, the rising point of good deeds and prosperities, the revelation time for blessings, the beginning of a new human life, the era of change and the date of actual human excellence.

The Night of Decree, a blessed night, a night of humanity’s liberty and the announcement of human right, and the governance of justice and fairness. A night which is for the ignorant, unaware, corrupt, destructive and misguided nations, a dawn of guidance, awareness and salvation. It is this night in which the greatest and holiest heavenly book – which guarantees the guidance of mankind and his prosperity till eternity – was revealed and with a heavenly illumination, it guided the world from the darkness of polytheism, and the dualism of Zoroastrianism, and the trinity of Christianity, and the superstitions of Jews, and idol-worship etc. towards the brightness of Monotheism (Tawheed) and the worship of One God.

If it wasn’t for this night, the great Islamic civilization, with all its great values and teachings, ethics and mysticism, jurisprudence etc. and the eminent personalities which were nurtured by it would have all been a myth.

The levels reached by mankind after the revelation of Qur’an and the stages which it will attain in the future, are all due to the blessings of this night and the guidance of Qur’an.

In order to exhibit the impact of this holy night on the progress of human goals and the development of human society, we must analyze the great achievements, movements and actions that were influenced by the liberalizing teachings of Qur’an in the fields of knowledge, industry and civilization, which become the share of human beings throughout these fourteen centuries. Then we must compare it with the stagnant, silent and lightless life of the past to understand how the Islamic movements, Muslim risings and the prophethood of Mohammad (peace be upon him and his holy progeny) turned out to be the source of reforms, liberalizing movements and progressive revolutions, and to know how it took forward the caravan of mankind with ever-increasing speed and swiftness and where did this human race, which was stepping forward with dullness, weakness and helplessness, reach in the time period of fourteen centuries. It extended the horizon of his thought and perception way beyond earth, moon and other planets.

Qur’an – The Axis of the Night of Decree

Indeed, the holy Qur’an has revolutionized the thoughts and honored the human personality, and announced the human rights with subtlety, and denounced the worship of anyone but Allah, and broke the individual powers, and limited the governing body, and refrained from those luxuries, extravagances, discriminations, misuse of government’s treasury and plundering of people’s hard-earned income, and established equal civil rights for everyone.

Hidden Secret of the Night of Decree

Qur’an has introduced the Night of Decree as a blessed night and a complete chapter has been revealed in its regard, and the dignity of this night is more than one thousand months. However, there is a difference of opinion regarding the ascertainment of the Night of Decree, but as per the researched and reliable opinion – derived from authentic narrations – it is not outside the nineteenth, twenty first and twenty third night of the month of Ramadan. According to a strong probability – which is approved by some of the narrations like the “narration of Jahni” – the Night of Decree is the twenty third night, and some other narrations indicate that all the three nights are Nights of Decree.

Nevertheless, if the Night of Decree is not known for certain, its concealment holds a wisdom and good intention, and it is possible that the intention behind it is that the Muslims shall put extra effort to pray, worship Almighty Allah, recite the holy Qur’an, learn its teachings and realities throughout the month of Ramadan, or at least these three nights; and regard the entire month as the “Month of Qur’an” and make special arrangements on the eve of nineteenth, twenty first and twenty third for repentance, remorse, reformation of circumstances, recitation of Qur’an and supplication, and remain awake till the dawn.

Another point that can be understood as the reason for concealment of the Night of Decree is that if the Night of Decree, with all its significance and value, would be ascertained and known, majority of people would have considered it sufficient to worship in that night only, thus getting deprived of the benefit of worship and supplications in the rest of the nights, and it might become the cause of arrogance and pride for a few; whereas while it is hidden and unascertained, the believers engage themselves with the remembrance of Allah and repentance in all the probable nights, thus benefitting from extra reward and blessings; and with the help of excessive practice, these habits will be firmly inculcated in them.

Necessity of benefitting spiritually from the Night of Decree

Hence, the Night of Decree is amongst the most valuable and fortunate opportunities, and we must consider this night important for contemplating the Islamic conditions and paying further attention towards the teaching of holy Qur’an; and assess the extent of our connection with Qur’an and its rulings.

We must benefit from these blessed nights of revival (Ihya) – regarding whose importance, and the virtues of remaining awake throughout the night and praying in it, several reports have arrived in the books of supplications and narrations. The Nights of Decree are those nights in which whoever arrives at the door of Allah’s house, he attains the success of spiritual presence and receives the taste of nearness.

Among the important duties of these nights is the renewal of allegiance with Imam Mahdi (may Allah hasten His reappearance) and the recitation of the supplication: “Allahumma kun liwaliyikal…” because the Night of Decree has a special association with his holiness (peace be upon Him) and in that night, the angels descend upon him. Affinity with Qur’an, the holy progeny (peace be upon them), the clear book and the clear leader, demands that the believers must hold fast both the holy Qur’an, and the last Imam of Justice, the Remainder of the guiding Progeny, the true meaning of this verse “then We made those whom We chose from Our servants heirs to the Book”[1], i.e. Imam Mahdi (may Allah hasten His reappearance), the son of Imam Hasan al-Askari (peace be upon Him). The believers must know that as per the Mutawatir narration of Thaqlayn, peace and deliverance from misguidance can be achieved only under the shadow of bonding with the Qur’an and the holy progeny; and in order to be rescued from all these deviations and distress, there is no other way but seeking them means of and bonding with Qur’an and the Progeny (peace be upon them).

We must all consider this night a great opportunity for attaining religious knowledge, repentance, renewal of covenant, return of value, supplication, ethical self – development, and renewal of faith in Almighty Allah, certainty in the day of Reckoning and Resurrection, purification of intentions from impurities and hatred of our Muslim brethren, and request of good, happiness, guidance and peace for all the human beings, and special supplication for the hastening of Imam Mahdi’s relief.

We hope that the glory of Islam, in all the centers and programs, increases twice its previous value, by the grace of the pure – intentioned supplications of these nights; and all our economic and social weaknesses, and the prohibited acts, sins and wrongdoings which threaten the condition of the society, are totally eradicated in this night.

I humbly request all the worshippers of these blessed nights to pay their wholehearted attentions towards that kind and merciful Imam, who is the love of all the sages and the greatest treasure of all the prophets; and to end the Night of Decree with the memory of his holiness and by reciting the supplication for his hastened relief, and the enforcement of true justice throughout the Earth. Pray for the Relief of his holiness (may Allah hasten His reappearance) for it may result in the relief and ease of everyone. The duty of all the Muslims in these sacred nights is to pray collectively for his Relief.

Come, let’s make a pledge a strong and firm oath with his holiness that we will spend all our life seeking his satisfaction and happiness, and end all the sorrows and pains he holds due to the problems of Muslims.