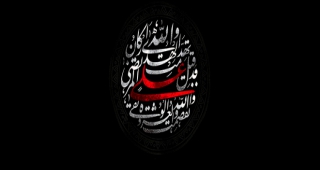 For one thousand and four hundred years, on the comprehensive personality of His Holiness, Commander of the faithful, Master of the monotheists, Ali Ibn Abi Talib (peace be upon him), the genius clerics, elites and unparalleled experts from the Muslim and non-Muslim community have spoken extensively and written thousands of books and thesis regarding the dimensions of his life, his virtues, his qualities, his ethics and divine attributes, but even today, the knowers do not consider themselves anywhere close to the shore of this boundless ocean and like the travelers who travel in the space, how much ever they fly, they do not find an end to their journey.

Although the sections of the life of His Holiness in this world totally comprised of 63 years from the aspect of time duration, but from the aspect of broadness and quality, it is broader and more extensive than sixty three millions years and more.

That which gives value and importance to the life of a human being, is not the length of his life, but the depiction of sublime human qualities and the beauty of human values and meanings.

Ali was a youth who used to fight against the strongest warriors of his time in the battlefield of Jihad and defended Islam with utmost bravery by defeated them in spite of all their might and power.

In the battles of Badr, Uhad, Ahzab, Khaibar and other battles in which he participated, he was a young man. In his youth, on the night of Mabeet, the night when all the infidels decided to assassinate Allah’s messenger (peace be upon him and his holy progeny), his holiness slept in the Prophet’s place. In the incident of Mubahila, when he participated along with Allah’s Messenger (peace be upon him and his progeny) by the command of Allah (s.w.t.), even then he was young. When he gave his ring as alms during the prayer to the poor, and the verse إنَّمَا وَليُّكُمُ الله was revealed, he was young at that time also. When he gave his food to the needy, the orphan and the prisoner, and preferred them over himself, he was young. In his youth, his days were spent in fasting and his nights were spent offering prayers and staying awake for worshipping Allah (s.w.t.).

He was young but if his faith had to be compared with the faith of all the old companions, it would be greater than them all; rather it was much heavier than being compared with their faith. Indeed! The virtues of Imam Ali (peace be upon him) are much more than one can imagine.

Allah’s Messenger (peace be upon him and his progeny) is reported to have said:

“Indeed Allah (s.w.t.) has given my brother uncountable virtues”.

If it wasn’t such that a group of people from my nation would attribute towards you what the Nasara attributed towards Jesus (p.b.u.h.), I would have said such things about you that the entire nation would have followed the imprints of your footsteps and kissed it.

When Khalil bin Ahmad was asked, ‘What do you say regarding Imam Ali bin Abi Talib (peace be upon him)?’

He described the historic positions and the battle between truth and evil, and the victory of truth over evil, in this way:

He said, ‘What can I say about the man whose virtues were concealed by his friends out of fear and his excellences were covered by his enemies out of jealousy and in spite of these two concealments, his virtues appeared in such a way that it filled the East and West of the world.’

And Shafei said regarding him:

I am a slave of the man, for whom the chapter “Hal Ataa” was revealed.