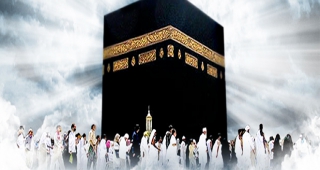 The Manifestation of Nation’s Sanctification

From the Rituals of Hajj and the House of Revelation

The holy pilgrimage of the year 1432 H, was of immense pride and glory for all the Muslims around the world. The dignity, composure, honor and respect of Muslims for the ritual of Hajj and the two sacred shrines in this great and unparalleled gathering was unprecedented. In the meanwhile, as the convulsive and blazing countries and the politics of the nations are extremely active in favor of their political motives, it was feared that their political differences would also become evident in this divine ritual.

Safeguarding the sanctity and glory of Hajj and the divine city of peace, along with containing more than two million people from different nations, creeds and countries in the present conditions was possible only due to the blessings of the faith and honor of one and half billion Muslims for the sanctity of Islam which by the will and power of Allah Almighty, resulted in this miraculous manner, with peace, tranquility and pride, as though no incident occurred anywhere and the political issues did not create any conflict. It became evident that the sanctity of Hajj - the great obligatory pilgrimage - and the two holy shrines are much higher than any politics of nations. Everyone consider the holy shrine as a sacred place for peace and these political, geographical, racial or sectarian differences cannot harm it in any way.

The two holy shrines are important for everyone and especially in the season of Hajj, it is the city, nation and home for everyone, and no one holds superiority over others. Albeit, the different nations have also coordinated fully in preserving this honor and have acted thoughtfully, as though there exists no differences between them. They all depicted that the two holy shrines, the holy mosque, the Prophet’s mosque and the green dome, all belong to the great Islamic heritage and history, and is the land of revelation, whose sanctity and honor must be safeguarded by everyone.

We hope that this ritual is performed each year with more and more glory and like this year, all the Muslims participate in it overlooking all their politics, and the personal inclination of the authorities towards a specific sect does not obstruct the actions of others who wish to follow their sect and jurisprudential school of thought. Enjoining the good deeds and forbidding the evil by a particular sect must not fade the color of this beautiful pilgrimage and the projection of this Islamic existence that astonishes the world and all the politicians of the world shall increase year after year.