Imam Jawad (a.s.) - The Master of Knowledge and Generosity
An article by Grand Ayatollah Saafi Golpaygani on the occasion of Imam Jawad's Martyrdom 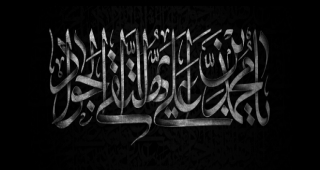 Imam Jawad (a.s.), the Master of Knowledge and Generosity

Imam Jawad (a.s.) was the true heir of his honorable ancestors in the case of his noble virtues and desirable attributes, his knowledge and cognition, his piety and god-wariness. His greatness and glory was renowned between all classes of people and the great intellectual and religious personalities of his era expressed immense humility and humbleness in his presence.

Renowned reporters and revered clerics felt proud of acquiring knowledge from his holiness and considered him the solver of the most difficult intellectual matters.

There are numerous narrations that prove the virtues and nobilities of his holiness and serve as an evidence to prove his Imamate.[1]

Even though the life of Imam Jawad (peace be upon him) was not long lasting and he did not even complete twenty six years, several sciences were acquired by the world from him and numerous intellectual sessions and debates were held between his holiness and the great clerics of his time, like the intellectual debate and argument with the chief justice Yahya bin Aktham, in the presence of the Abbasid Caliph, Mamun, and a group of people from the Abbasid dynasty and others. In response to his question, his holiness mentioned so many sections of the matter that the chief justice was left astonished and embarrassed. Then he described the rulings of all the sections himself. Then his holiness – as per the suggestion of Mamun – asked Yahya a question whose answer he was unable to give and requested Imam to answer the question and he gave the answer that made it clear for all the Abbasid family that just like Mamun said, despite his young age, Imam was the most learned and most knowledgeable among all the clerics and Allah (s.w.t.) blessed him with this virtue and excellence.[2]

According to the narration of Ibn Shahr Ashob in his book Al-Jilaa’ wa Al-Shifa, among the debates and intellectual arguments of his holiness, was the debate which he had with a group of scholars at the age of eight in which he gave the answers of the most difficult issues.[3]

Imamate in childhood and young age

Attaining the status of Imamate before reaching the age of maturity was officially unprecedented till that time and among the Imams, no one sat on the throne of Imamate at such an early age, but it is not unprecedented among the prophets and divine apostles since Prophet Jesus and Prophet Yahya (peace be upon them) reached the position of apostleship in childhood. The holy Qur’an mentions regarding Prophet Jesus (a.s.):

And it said regarding Prophet Yahya:

It was always accepted by the elites and the common people that the knowledge and intellect of the Imams (peace be upon them) and their understanding power and excessive teachings are not due to learning and passage of time and physical growth, and this point is confirmed by authentic and reliable history books also.

From their childhood, such astonishing incidents and stories have been reported that prove the extraordinary excellence, genius, supernatural virtues and brilliance of each one of them. Even the likes of Muawiyah, Yazid and Abdullah bin Umar have spoken about their divine knowledge, and someone like Abu Hanifa has asked jurisprudential questions and received accurate answers from Imam Musa bin Jafar (peace be upon him) when he was merely seven years old.[6]

One who has studied the life of these great personalities and the sciences that have been issued from them in their childhood and after the age of puberty will easily conclude that all this knowledge and cognition cannot be attained by way of learning and education.

How can the infinite knowledge of the commander of the faithful (a.s.) in all the fields of Islamic sciences, rights, theology, theosophy etc. be acquired by academic means and which educational institute other than the institute of the holy Prophet (peace be upon him) can have a graduate like Imam Ali (a.s.) in that time and which teacher could train such an unparalleled student and who but Ali (a.s.) could contain the knowledge of apostleship and become the gate of Prophet’s city of knowledge?

This knowledge is a blessing of Allah (s.w.t.) for them and something they inherited from Allah’s messenger (peace be upon him) and if the issuance of such sciences are astonishing from young people, it is also astonishing from the old. Do all the grownups have the potential to contain all this knowledge? Have the mature scholars responded to such unprecedented questions from the people so quickly and accurately?

In this regard, there is no difference between a child of seven years and an old man of seventy. Both of them must possess special aptitude and excellent capabilities in order to acquire such knowledge and be divinely inspired, understood and reported for it.

Just like Mansoor (the caliph) said regarding Imam Jafar Al-Sadiq (a.s.) that his holiness was someone for whom the Almighty Allah (s.w.t.) said:

Each one of our Imams were chosen servants of God who were given the book and the knowledge of the book by Allah and the nation will never be deprived of such a personality from the progeny of Prophet (peace be upon him and his household) ever.

The narrations of Thaqalayn, Safinah[8], Amaan[9] and the narration “Fi Kulli Khalfin min Ummati”[10] as well as other reports have all served as the confirmer and approver off this subject.

Even the passage of time has proved that other than these sacred personalities, no other individual is the subject of these narrations and it is them whose knowledge is from the divine knowledge and whose wisdom is a special gift of Allah, and Muslims will never find true knowledge in East or West but something that has been spread by them.