Grand Ayatollah Saafi said: The opportunity of preaching Islam in foreign countries should be taken seriously, great efforts should be put to spread the message of Prophets Holy Household 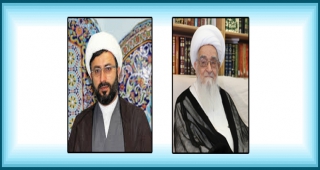 Hujjatul Islam Dr. Badi’ee, the Head of the Islamic Centre Houston America, paid a visit to the Grand Ayatollah Saafi Golpaygani at his residence.

The head of the Islamic Centre is also the speaker of the Muslim Congress of America, in his statement he mentioned the importance of the annual congress meeting of the Muslims of America on the topic of Imam Mahdi, the saviour of the Humanity. These annual meetings were held in the presence of around three thousand clerics from all around America.

The Grand Ayatollah Saafi after congratulating them for the work this Centre has done, said “the opportunity which you have, is by the grace of Allah, and you should make it count. The opportunity which you have should be spent in spreading Islam and its teaching, I will pray that by Allah’s will you shall attain the goal which you have mention in your report. I am very pleased with the work. We should thank Allah that it is his unlimited bounties that had made Islamic Centres and Masjids grow in America and in rest of the world.”

The Grand Ayatollah Saafi, dedicated a major part of his speech on Mahdism by mentioning the topics like that of the annual meeting of the Muslim Congress of America. By spreading the teachings of the Prophet’s household (Peace be upon Him and His Progeny) and specially the teachings of the Remnant of Allah (May our life be sacrificed upon him) you will be able to spread the true teachings of Islam for the people of America.”

In the end of this meeting Grand Ayatollah Saafi prayed for him, his co-workers and the Islamic Centre of Houston.