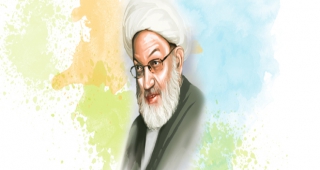 The surprising and regretful decision of the tyrant Bahraini regime of revoking the Bahraini citizenship of a prominent religious scholar, Sheikh Isa Qassim, contravenes every principle of civil, human and religious rights.

In a time when Muslims and Islamic countries are in a desperate need of coming together and uniting against the enemies and imperialism, unfortunately, to gain the satisfaction of their masters, the leaders of some Muslims nations are willing to indulge in all sort of illegal activities and oppression against their own people, instead of listening to the cries of their own oppressed nation and answering their calls, and fulfilling their legal demands.

I condemn the act of revocation of citizenship of the prominent religious scholar, Sheikh Isa Qassim, and I ask all the prominent religious scholars from around the world and the international organizations defending the human rights, not to stand down against this evil and inhumane act, and should act immediately to fix this ill – advised decision, which pose grave danger to the peace and harmony.