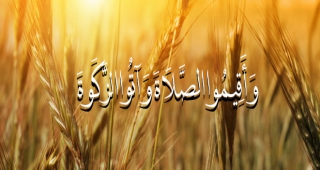 Q) What is the time of Fitrah payment? Can a person delay the payment of Fitrah for the purpose of paying it to any specific poor?

A) The time of paying Zakat Al-Fitrah is the day of Eid and one can delay the payment in order to pay Fitrah to a specific poor; but one must not show negligence and dereliction in its payment. He can also pay it by means of Post or bank.

Q) Is it permissible to pay Zakat Al-Fitrah for the aid of a Masjid or Madrasa?

A) As per obligatory precaution, Zakat Al-Fitrah must be paid to poor Shia Ithna Ashari people, even if they live in another city.

Q) Can we buy something for the poor with the amount of Zakat Al-Fitrah?

A) The Fitrah which one has separated from his wealth, must be paid to the poor in the same form, and it is not permissible to exchange it with another commodity.

Q) What is the ruling regarding the soldiers who spend the eve of Eid in their army camp? Is it obligatory on their father to pay their Zakat or should they pay for themselves or will the army pay on their behalf?

A) As per the assumption of the question, in case of possessing wealth, they must pay their own Fitrah. Allah knows best.

Q) If a guest pays his own Fitrah with the permission of his host, will it remove the obligation from the host’s shoulder?

A) The obligation will remain intact. Allah knows best.

Q) Can a person pay Zakat Al-Fitrah to his son, wife, father or mother (if they are deserving) or not?

A) Zakat Al-Fitrah cannot be paid to those whose subsistence is incumbent on you. Allah knows best.

Q) What is the rule regarding the payment of Zakat to the relief committees, welfare organizations and charitable establishments?

A) In the opinion of his highness, Zakat Al-Fitrah must be paid to a Shia Ithna Ashari poor, as per obligatory precaution. For the amount which a person pays to these organizations and establishments, he must be certain that is spent without any variation in its use (on a Shia Ithna Ashari poor), if not, they his responsibility will not cease. Hence, there is no objection for those who attain such certainty. For instance, a person who pays Zakat Al-Fitrah but is not a Sayyid himself, he must be sure that it has reached a non-Sayyid poor, and not a Sayyid, a Madrasa, a Masjid or a Hussainiya. Allah knows best.