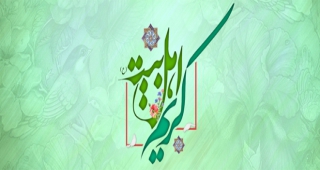 In the name of Allah, The Most Beneficent, The Most Merciful

The eminent personality of His Holiness, Imam Hasan (a.s.), the glorified leader, is much greater for the likes of me to be able to write down an article for its elucidation or a book for that matter.

From the viewpoint of Sunni scholars

To observe brevity, we will now present the translation of a few sections of the book “Ahl-al-Bait”, penned by “Taufeeq Abu Ilm”, with a few additions. It is one of the most recent books compiled by the Sunnis in the year 1390 Hijri. It has been written in Egypt.

Both Shias and Sunnis share this belief that his holiness (a.s.) is one of the companions of “Kisa” regarding whom the verse of Tat’heer (purification) has been revealed; and according to the Mutawatir narration of “Thaqlain”, he is equivalent to the Holy Quran. Moreover, he is one of those four people who accompanied the Holy Prophet (p.b.u.h.) against the Nasara (Christians) of Najran for “Mubahila”.

It is narrated from Osama bin Zayd that the holy Prophet (peace be upon him) is reported to have said: These two (Hasan and Husain) are my sons and the sons of my daughter. O, Allah! I love them, so You love them as well, and love all those who love them.

Aisha is reported to have said that Allah’s Messenger (peace be upon him) used to take Hasan (a.s.) in his arms and say: “My Lord! This is my son and I love him, so love him and love all those who love him”.

Imam Hasan (a.s.) was brought up in the House of revelation and nurtured in the School of Monotheism, the benevolent and merciful hands of his grandfather, Prophet Mohammad (peace be upon him and his progeny). He was an example of moral generosities, desirable traits, and good behavior. One of the reasons that his personality was so widely loved was his kind moral behavior towards people. He was praised and alluded to by everyone because of his praiseworthy qualities.

Politeness, forbearance, eloquence, truthfulness, generosity, bravery, piety, God-wariness, humbleness, and all the other commendable qualities existed in him; the Mohammedan character was prominent and apparent in him.

Fear of the Divine Punishment

Imam Hasan (a.s.) was the greatest worshipper, the greatest ascetic, and the most learned man of his time. Whenever he intended to perform the Hajj pilgrimage, he used to travel on foot and even barefooted on several journeys. When he used to perform ablution, his body would begin to shiver, his color would turn pale, and he would never abandon the remembrance of Allah (s.w.t.) in any condition. He was pious, forbearing, learned, and he was God-wary.

His asceticism was on such a level that he had forsaken all the means of love and association with worldly affairs and its bounties. He was focused on the final abode and the ultimate residence of the pious men. He was such that he said for himself: “Whoever knows Allah, loves Him, whoever knows the world becomes ascetic in it, a believer does not diverse unto negligence, when he contemplates, he becomes sorrowful”.

Imam (a.s.) overlooked statesmanship and governance for the sake of securing the welfare of Islam and Muslims. Whenever Imam (a.s.) brought the thought of death and human position in his mind, he used to begin weeping unintentionally; and when he used to weep while thinking about resurrection and walking through the Siraat; and upon thinking about standing before Allah at the time of reckoning, he used to become unconscious amidst wailing and crying.

Exhibition of the Divine Mercy

Like his grandfather, Prophet Mohammad (p.b.u.h.), Imam Hasan (a.s.) was also an eminent example of the divine mercy, which filled the hopeless and aggrieved hearts with hope and mercy. He used to visit the weak and the sick; participated in the funeral rituals of the dead; accept the invitation of the Muslims and made sure that no one feels hurt by him; he never harmed anyone or committed an evil act against any person. He used to sit in the company of the poor and repel evil conduct with good behavior.

Imam Hasan (a.s.) was by all its meaning a true human being and a complete example of the great character of Prophet Mohammad (peace be upon him and his progeny). He was not incited by his anger and wasn’t moved by undesired personal affairs. He didn’t act upon anything under the influence of his anger and his actions always called others towards these verses:

“…and suppress their anger, and excuse (the faults of) the people, and Allah loves the virtuous”.[1]

His holiness (a.s.) responded to whatever he witnessed from his enemies with patience, forgiveness, and pardon. Marwan bin Hakam, one of the wickedest enemies of the Prophet’s household (peace be upon them), compared the forbearance and endurance of his holiness (a.s.) with a mountain.

His holiness (a.s.), just like his grandfather, was a universal example of forbearance, pardon, and forgiveness. History has preserved precious incidents regarding his moral values and it implies the fact that he was among the foremost ones and the founders of etiquettes and moral values in the Islamic world.

Love for the People

His Holiness (a.s.) was soft-spoken, sociable, affectionate, and beloved. Old and young, all the people loved him for his praiseworthy qualities. He was always generous and munificent towards the people; both towards those who requested him and those who didn’t.

From the Morning Prayer until sunrise, he used to sit for post-prayer supplications. Then he used to pay visits to the ones he must and treated them with love and affection. After offering the Dhuhr prayer, he used to sit inside the mosque and give people knowledge and teach them manners.

This was a drop from the ocean of virtues and qualities of Imam Hasan al-Mujtaba (peace be upon him) which are much more than anything countable. In the end, I would like to present a few couplets in the holy threshold of Imam Hasan (a.s.):

His shrine is the shrine of God

His door’s dust is Kabah for the loyal devotees

His existence is grace and love personified

His heart is the spring of Divine blessing

His dignity itself and the pearl of the ocean of kindness

His face is the mirror that exhibits truth

He is the model of forbearance, leniency, and endurance

He is the depicter of mercy, peace, and purity

He is the origin of excellences and good traits

He is the treasure of sacrifice, forgiveness, and modesty

He is the motive and intention of two “Innama”[3]

A chapter of his virtues is “Hal Ataa”[6]

A witness to this claim is the verse “Qul Kafaa”[7]

In his hands lies the affairs of the universe

Even death is obedient to his command

Everyone benefits from the cloud of his bestowment

Who is the possessor of these qualities and virtues?

For whom is all this value, nobility, and position?

He is the greatest son, protector of the clear Law

He is the Master of the noblemen, Hasan al-Mujtaba (a.s.)