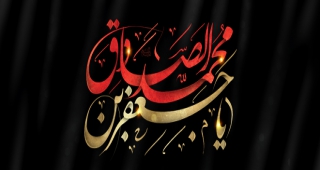 In the first half of the second century Hijri, Imam Jafar Al-Sadiq (peace be upon him) inaugurated a school that was unprecedented in Islam, and even after that era, such a school was not witnessed. It was the school and institution of His Holiness that gave this world the greatest scholars of Qur’anic sciences, jurisprudence, Islamic theosophy, chemistry, etc. The Shia jurisprudence which comprises thousands of laws and rules, Islamic practical and ethical programs, is mostly rather totally indebted to the endless knowledge of Imam Sadiq (peace be upon him). In the likes of Hajj rulings, which is one of the greatest obligations of Islam and consists of sublime philosophies, the Islamic world had benefitted from the vast ocean of Imam Sadiq’s (peace be upon him) knowledge and as Abu Hanifa said, ‘We are all the family of Imam Jafar Sadiq’, and according to the Hadith reported from His Holiness in Sahih Muslim, one among the Ahl-e-Sunnah books, he is the source of approximately four hundred clauses regarding the rules of Hajj that are followed by the Sunni sect.

Indeed! In the political circumstances and conditions of Islamic countries of that time, his holiness Imam Sadiq (peace be upon him) got an important opportunity to lead the greatest intellectual movement and open a school where the most renowned Islamic clerics attended and participated as students and learners of Hadith and sciences.

The sciences of Imam Jafar Sadiq (peace be upon him) dominated all the intellectual Islamic countries and societies, and the clerics of Iraq, Arabia, Khorasan, and the Levant gained knowledge from him and in the cases of intellectual doubts and problems related to Islamic issues, it was his holiness alone who cleared all the doubts and solved all the problems.

That which requires more attention and contemplation is that the leadership of his holiness is not confined to Islamic sciences, but he has trained students in all the different sciences such as astrology, physics, mathematics, medical science, anatomy, psychology, chemistry, botany, and other sciences like these, ones who were famous and renowned in these arts; and those researches, narrations, and books which remain of him today serve as the pride of Islamic libraries and books, such as Tauheed of Mufaddal, the epistle of Ihleeljeh and the debates of his holiness with atheists and all such books stand witness to this discourse that the institute of his holiness was like a university in which departments for different sciences were established and in every school and college, discussions, lectures, and researches were done regarding a specific science.

For instance, one of the sciences which was inarguably taught by his holiness Imam Sadiq (peace be upon him) and had his special attention on it, was the science of chemistry, and from that great university, a genius named Jabir bin Hayyan graduated. If from the time of Jabir bin Hayyan till today, we would have given importance to the findings, studies, researches and intellectual discussions that this man benefitted from the sixth Imam and other sciences which were required for the civilized and advanced societies, then today, in the field of materialistic civilization, we would not be dependent on the west, Europe and America, because all they have is a result of Islamic governance and its sublime principles as well as the blessings of the efforts of Muslim scholars.

The same scholar who openly declared ten centuries before the famous theory of the English physicist, chemist, naturalist Jon Dalton, regarding the union between two elements in his book named (Al Ma’rifa Bis Sifat Al-Ilahiya wal Hikmat Al-Falsafiyah) that the pride of discovering this theory is the fortune of Jabir, not Jon Dalton.

Indeed! One of the students of Imam Sadiq (peace be upon him) is the same Jabir bin Hayyan among whose great works, that proves his intellectual and scientific genius, is the discovery of a light ink that will help in recitation in the dark and that was utilized for writing important and invaluable books.

To sum it up, we intend that each student of this great university is individually sufficient for proving its unparalleled greatness. This school and the great university have not just compelled the Shia scholars but all the senior scholars among the adversaries of the institute of the holy progeny (peace be upon him) on confessing with all explicitness regarding Imam Sadiq that he was the most learned and knowledgeable one. Abu Hanifa, the head of the Hanafi sect said, ‘I have not seen anyone more learned than Jafar bin Mohammad”.

Najashi has reported from Ahmad bin Esa Ash’ari in his book of Rejal that he said, ‘I went to Kufa seeking the knowledge of Hadith and reached the service of Hasan bin Ali Washa there. I told him, ‘Give me the book of Alaa bin Zarin and Aban bin Othman Ahmar so that I can duplicate from them; he gave me those two books. I said: Grant me permission for narration. He said: May Allah have mercy on you, you are in such a hurry. Take it with you and write it down, then bring it back to me and read for me so that I can listen and then grant you the permission for narration. I said: I do not feel secure from the forthcoming time for myself. Hasan bin Washa said: How strange! If I knew that narrations have such seekers and customers, I would have gathered more than what I have. I have seen 900 Sheikhs in the Kufa mosque who used to say unanimously: Jafar bin Mohammad narrated for me”.

Really, what kind of a school and great university it was that compelled both the supporters and the enemies towards astonishment and surprise, and with time, it showed why Prophet Mohammad (peace be upon him and his household) used to say several times, ‘My household and my progeny’; it was for these positions and sciences and grades which they held, but unfortunately, politics moved forward in such a way that it blocked the public reference towards the holy Progeny (peace be upon them) to such an extent that the likes of Bukhari have not even reported one single Hadith from his holiness Imam Jafar Sadiq (peace be upon him).

We must understand the importance of this school of thought and this precious treasure of knowledge and teachings, and we must all learn from this great university and during the days of his holiness’ martyrdom, we must participate in the mourning sessions of his martyrdom and honor them with utmost respect and reverence.